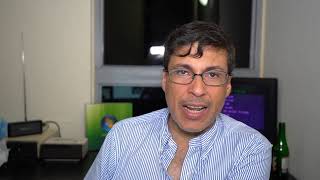 most listened AM radio station in its time slot

years on the air

Our show is broadcasted simultaneously on radio (Univisión Radio WKAQ 580 AM in Puerto Rico), online via Univision Radio’s Uforia (and many other online radio platforms) and on video via http://envivo.tecnetico.com Watch or listen…is your choice!

To solve live, right on the air, people’s everyday problems with the technology in their lives. That’s the simple mission of “¡Resúelveme Tecnético!” (“Help me Tecnético!” or “Solve this for me Tecnético!“), a weekly live one-hour radio show.

It’s a radio show whose name is a call to action. It’s what the audience wants us to do for them, and we’re eager to answer the call.

On air since September 2012 and broadcasted live, it was recently moved from Sundays at 2 p.m. to a stellar, prime-time slot: Tuesdays at 9 p.m. Shows sponsors include AT&T, JetBlue, Klipsch, Panamax and Sony thanks to solid ratings, helping the station maintain its lead over its competitors.

We produce the show at Univisión Radio superb studios in Guaynabo, Puerto Rico and it is broadcasted live on the web at http://envivo.tecnetico.com and also on our YouTube channel. On terrestrial radio, the show can be heard on Univisión Radio’s WKAQ 580 AM, the most listened-to radio station in Puerto Rico, even more so than FM stations. Yes, an AM station!

here’s how we do it

Led by our Editor in chief Wilton Vargas and assisted by the staff of Tecnetico.com, the show draws from Tecnetico.com’s staff 30+ years of experience in the consumer technology field. Combined with the continuous exposure to new technology thanks to its direct relationship with Tecnetico.com, the answers com just as quickly as the audience’s questions.

The show starts with a news update, followed by the first call of the evening. People can ask questions by calling the station’s numbers or sending them in via Facebook, Twitter or Google+ using the #Resuelve hashtag. Another way for questions to make it to the show is via email at [email protected].

In its over two years on the air “¡Resuélveme Tecnético!” has become the most listened to tech radio show in Puerto Rico and the second most listened-to station in its time slot, a testament of the show’s appeal and acceptance. Over 1,400 questions have been answered during this period!

Tecnético is a social media pioneer (we just can’t get tired of saying it!). That’s why through the #resuelve hashtag, social networks are an integral part of the show rather than afterthought.

How are we doing on Puerto Rico’s airtime?

This is Arbitron’s latest audience report for the Puerto Rico territory, Tuesdays from 9PM to 10PM (our timeslot) and a demographic sample of persons 18+.

Wait…who’s first? Politics programming. Hmm. Tough topic, ingrained into society’s conciousness for ions. But as you can see, with just 2+ years on the air, we are very very close from dethroning the oh so tired topic. Given time, we’ll surely beat it to become the most listened radio show on AM radio!

Nonetheless, once you look at this chart we are sure you agree that we are rocking it!

As extensions of the Tecnético brand, these projects are fully integrated into everything we do. 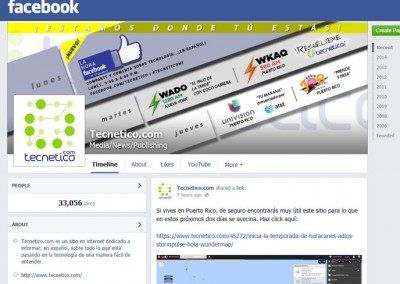 Click/tap here or keep scrolling down for more about Tecnetico.com 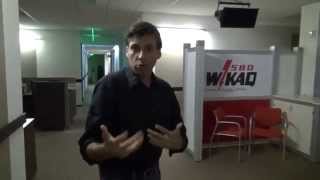 Learn all the ways we can help you reach an engaged audience willing to listen to your message and to buy your product and services.

On-location radio broadcasts are a tried-and-true way to bring traffic to the store and create awareness.

A broadcast from your location is like a extensive, 1-hour commercial. We will constantly mention the location we’re in and schedule two interviews, one ever half-hour, where we can mention in detail business location and details plus deals and offers being offered.

This opportunity is perfect during Holidays (Black Friday, Christmas, Three Kings Day) and special periods during the year such as Back-to-School, Mother’s Day, Dads-and-Grads, etc. Better than radio spots, live mentions allow the announcer to smoothly present to the audience your product or service in 1-minute segments.

It’s great for when you want to maintain consistency on your message. Just have your agency supply us with the copy and you’ll be on the air in no time.

Go beyond the common mention!

Instead of reading a script, the announcer will use his/her own experiences to hit previously scripted bullet points that highlight specific attributes of your product or service. They start as stories, grabbing the audience’s attention, and extend well beyond a minute.

Check out some examples.

¿Do you want to reach a very specific segment of our audience? We’ve got you covered!

Our show consists of segments that can be sponsored individually, giving you absolute control on whom your message is delivered to. Sponsorship of these 3-minute (unless stated otherwise) segments includes opening/closing, logo on the show’s website plus posts tagged with your product/service on all our social media accounts.

Some of the segments available for sponsorship are:

Appsolutamente Fantásticos | In this 5-minute segment the newest apps for both mobile and tablet computers are showcased.

Los Likes de Tecnético | We share with our audience the things online that we like such as websites, online services and more.
Destino Tecnético | Future advances in technology in fields such as medicine, transportation and more are presented so that our audience can stay in sync with what’s going on in the tech world.

Sponsoring the #1 Spanish-language technology show is the absolutely right thing to do.

We offer you category exclusivity, opening and closing both on the show and on social media, all show advertising, both online, on social media and on radio spots will include logo/mention. Plus, your logo is also included on the show’s page at Tecnetico.com/resuelveme.

Check out these samples of what’s included with a full show sponsorship.

Spot #1 (Problems with the tech in your life)
Spot #2 (Problems with my PC)
Spot #3 (That TV’s picture quality is bad!)
Spot #4 (Let us resolver through social media) What the audience says about our show An internationally-known tech personality with over 25 years of experience in consumer electronics and related fields. Wilton is an honoree of Junior Chamber International’s Top Outstanding Young People (TOYP) award. James brings experience in video/photography production, social media and graphic design. James is also a professor at Turabo University and belongs to the advisory committee of Puerto Rico Bloggercon. A young, promising talent, she brings enthusiasm and a special spark to what we do. Her amazing ability to communicate helps our audience feel right at home when discussing hard-to-understand technology topics. Has an amazing knack for exploring every function, nook and crevice of today’s smartphones, tablets and whatever mobile devices the industry comes up with, producing enticing review pieces for Tecnetico.com. When he’s not hosting one of our shows, José works as our ad-hoc graphic designer. He has worked for Apple, CompUSA and totally know how to navigate his way around phones, computers and many of the devices Apple makes.

She may be young, but she’s got years of experience working for Puerto Rico’s top newscasts on both Univisión and WAPA Televisión. As a video field producer, Erika’s in charge of making sure Tecnetico.com’s vision is executed both in-house and while on assignment, as seen on a recent video about what’s new on Apple’s latest version of its operating system for mobiles. GUAYNABO, PUERTO RICO – the photo shows the screen of our live stream computer while broadcasting our show on October 21, 2014. GUAYNABO, PUERTO RICO – Wilton’s laptop computer provides the Tecnetico.com logo so that it shows next to Univisión Radio’s WKAQ 580 AM station logo in this July 2013 photo. Is everyone accounted for?

GUAYNABO, PUERTO RICO – All hands on deck right before the show’s about start, February 2013. LAS VEGAS, NEVADA – James and Wilton get ready to go on the air for a remote broadcast from Univision Radio’s studios in Las Vegas, Nevada. GUAYNABO, PUERTO RICO – Roberto can immediately detect the presence of a camera and adjust accordingly. At Univisión Radio studios, May 2011. Caught in the action

GUAYNABO, PUERTO RICO – both Wilton and Roberto look totally devoted to the show on this March 2013 photo.

The show’s on and the switchboard is FULL

GUAYNABO, PUERTO RICO – a sure sign of a huge audience (which later was confirmed by Arbitron ratings), the phone switchboard at Univision Radio’s studios is full during Tecnetico.com’s “¡Resuélveme Tecnético!” weekly 1-hour show on October 2014. It sure is bright in here!

GUAYNABO, PUERTO RICO – José is in charge of call screening at our weekly 1-hour radio show “¡Resúelveme Tecnético!” on Univisión Radio, and he’s loving it. February 2014. GUAYNABO, PUERTO RICO – it seems impossible for Roberto to be caught off guard by a camera. At Univisión Radio studios on June 2011. GUAYNABO, PUERTO RICO – James checks his phone while on the air at Univisión Radio, June 2011.

Let’s make sure this works Who you say is on the line?

GUAYNABO, PUERTO RICO – James Lynn checks the list of incoming calls while manning the phones at our show #112, October 21, 2014. GUAYNABO, PUERTO RICO – this dual monitor setup shows our in-studio camera while at Univisión Radio for our October 21, 2014 show. GUAYNABO, PUERTO RICO – all available phone lines, six in total, are full during our October 21, 2014 show on Univisión Radio.

These are just the last dozen or so shows. Access to full list of shows available at http://resuelveme.tecnetico.com.

Visit the show's page on Tecnetico.com